Get Your Free Sample From:

How Irrational Marketing Is Changing  EVERYTHING
You Know About Attracting Costumers. 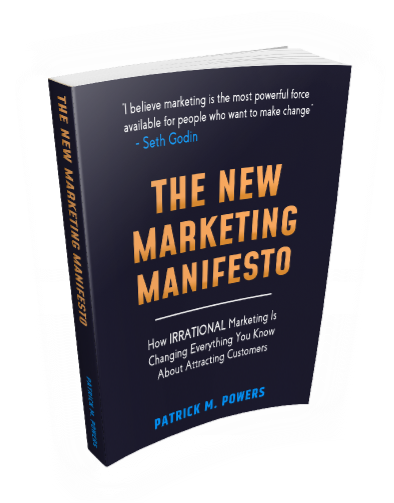 Business has only two basic functions - Marketing and Innovation. Everything else is a cost.

IN 1886 German engineer Karl Benz was awarded the patent for what is regarded
to be the world’s first Automobile. (Called a motor wagon back then)

But it started out a failure because there wasn’t really any need for it. You see, without infrastructure, especially smooth roads, it was not as useful as the current technology, which was horses and trains.

So people only saw it as a novelty and Karl didn’t manage to sell a single one for two years. All his hard work seemed in vain and close to bankruptcy he fell he into a deep depression.

Karl was a brilliant engineer, but had no marketing chops, but fortunately his wife Bertha did. She really believed in him and his Motor-wagon, so she planned to stage a PR stunt that would turn out to be the beginning of a revolution. One morning she sneaked out without Karl knowing and…. 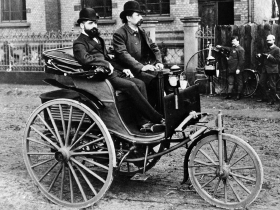 I  learned this deadly effective tactic from a $100 Million a year little-known marketer.

I kid you not, less than 1 out of 500 marketers know about this and I highly doubt that ANY of your competitors do.

When you use this tactic, you will get a serious edge and leave competitors baffled in the dust. This will be one of the single most powerful marketing secrets you will ever lay your hands on.

Simply Enter Your Details In the form Now for Instant Access!